Land grants are most often discussed in history classes in the context of westward expansion.

Have you ever wondered what happened to all that land?

Could you still get one if you tried?

Here are 8 things you should know about land grants!

If you’ve read anything about homesteading, you’re somewhat familiar with the concept of land grants already.

A land grant is a gift of real estate, land, or its use privileges.

It is typically made by the government or another authority as an incentive or reward for services to an individual, especially in return for military service.

Land grants were issued in the area now known as the United States starting in the 16th century.

At that point, land grants were given for the purpose of establishing settlements, missions, and farms.

There was a headright system that was used by the Virginia Company of London and Plymouth County (later primarily in colonies south of Maryland) where immigrants or those paying for their passage would receive land if they survived for a certain period of time.

Patentees then had to improve the land and were required to cultivate 1-acre of land and build a small house on the property.

Otherwise, the patent would revert to the federal government.

You’ll still hear about land grants all the way into the 19th century.

During this second phase of land grants, Congress passed laws donating federal lands for a wide variety of purposes (most famously through the Homestead Act).

This is widely considered the “era of land grants,” even though many land grants had been given throughout America’s history up until this point.

Land grants were given for universities, railroads, old-age pensions, and homesteads for farmers.

3. Were land grants positive for the U.S. economy?

Throughout history, it is generally agreed that land grants had a positive impact on the U.S. economy.

Land grants were also given for the purposes of transportation and higher education, and this helped developed areas farther and wider than they would have been otherwise.

Having said that, it is also true that the land given through these grants had often been forcibly taken from Native Americans.

4. What are the three types of grants?

The three main types of land grants are…

With private grants, the entire grant is owned by one (or a few) individuals as their private property.

There may be conditions of the grant that the grantees must meet before they can see the entire grant.

Community grants are often large tracts of land granted to a substantial number of people (usually anywhere from 10 to 100 individuals).

These are large tract grants that are given to one or a few individuals with the requirements that the land is settled.

The grantee will often encourage large groups of settlers to move onto the grant land and give them each a small private lot for a house.

5. What is an example of a land grant?

While land grants were sometimes given directly to individuals to encourage settlement, there were also grants given for land transportation and higher education.

So, in addition to land grants given to settlers to homestead, an example of a land grant could be a railroad or land grant university.

Land grants were also given to states.

In fact, the civil war era Morrill Act gave states federal land, the sale of which provided the funds for the creation of many universities, like Cornell.

During the second phase of land grants in the 19th century, Congress passed laws that allowed public lands to be used for a wide variety of purposes.

This made the primary recipients of grants states, business corporations, veterans and their dependents, and farmer-settlers.

7. How have land grants affected the history of the land in the south and west?

Several states in the south and west initially used a land grant system to settle their area.

For example, the Spanish authorities used land grants (also known as Mercedes) to promote settlement on the frontier in Florida, California, Texas, Arizona, and New Mexico.

In this system, there were two kinds of grants: the private grant and the grant given to settlers of a new town.

The private grant required individuals to live on the land and improve it for four years before receiving the title.

The latter allowed members of the community grant to use parcels of land for communal use.

In fact, most of the land was held in common for grazing, woodcutting, and other uses.

New Mexico, in particular, had a variety of land grants to encourage settlement and to reward patrons of the Spanish government and military officers.

One well-known grant is the Atrisco Land Grant.

In 1692, the government of Spain granted 41,533 acres on the western bank of the Rio Grande to Don Fernando Duran y Chavez where his father, Don Pedro, once lived.

The land grant was payment for Don Fernando’s services during the Reconquista and became known as the Atrisco Land Grant.

It was the first of more than 300 grants in the Province of Nuevo Mexico.

The name “Atrisco” comes from the Nahuatl word “atlixo,” which means the “surface of a body of water.”

Atrisco celebrated its tricentennial in 2003 because it was officially recognized as a small town by the provincial government in 1703.

When Albuquerque was established, it was supervised administratively by that government.

By 1760, over 200 people were living in Atrisco and land disputes began.

Settlers asked for and received 25,958 acres.

The area of Atrisco now extended from the Rio Grande to the Rio Puerco.

As a result, they cultivated and established a second village called the San Ignacio on the Rio Puerco.

Atrisco continued to thrive into the 1800s.

Growth and development only improved the area, especially with the construction of the railroad in 1880.

This provided new markets to the Atrisco cattle and sheep growers.

At the close of the Mexico-American War (1848), the Treaty of Guadalupe Hidalgo was signed, and New Mexico became an official territory of the United States.

While Article VIII of the Treaty honored existing grants, it became complicated when it came to ensuring that all property rights of land claimants were sorted.

It took several more years before this situation was resolved.

The United States Court of Private Land Claims was created in 1891, and its purpose was to adjudicate the land claims under the treaty.

During the 13 years of adjudication, however, the court only confirmed 82 of 282 New Mexico cases, and 90 percent of the land claimed in 300 total cases were taken away by the courts from claimants.

Fortunately, some of the Atrisqueños did gain permanent possession of their land through this process in 1892, and they were able to form a community land grant corporation known as the Town of Atrisco.

This town was eventually made up of 225 heirs.

Over 40 years later in 1935, James M. Hubbell filed suit to determine that all legal heirs receive their respective benefits and entitled shares of the land corporation.

The court-appointed referee compiled a list of present heirs and respective fractional “shares” based on the corrected list of original incorporators for the Town of Atrisco.

His report was filed in 1936, and further petitions and reports were made.

When it was all said and done, the final petition under the court cases James M. Hubbell v. Town of Atrisco was settled in 1952.

However, the story of Atrisco is not over.

Westland Development Co. Inc. was formed to represent the interests of the land grant heirs as stockholders in 1967.

While its articles of incorporation and bylaws passed narrowly (583 to 528), the heirs voted in favor of forming the company.

Yet, the Board of Trustees of the Town of Atrisco refused to transfer title to grant lands over to the company until it was overruled by the Supreme Court of New Mexico in 1969.

The company’s intention was to become profitable since it is one of the few areas of land that can be developed.

Albuquerque is restricted in its growth to the north and south because of Pueblo lands.

There are also mountains to the east that it cannot expand through.

Yet, in 2006, Westland Development Co. Inc. was acquired by SunCal, a development corporation.

In the 2009 real estate bust, creditors foreclosed on Westland’s property.

However, all was not lost – the Atrisco Heritage Foundation was created to preserve the history of the Atrisco land grant and serve the community.

Find this fascinating? Read more about the history of land grants in New Mexico here!

You’re unlikely to find the same type of land grants that you would’ve at the turn of the 20th century.

Still, there are still some cities and towns that offer you free land to move there (yes, really!), and you can do your own independent research on this depending on where you’re interested in relocating.

Keep in mind that these grants tend to be a bit small and more niche.

For example, you may be able to get a grant for rural housing and economic development or one to repurpose underused commercial and industrial facilities.

Depending on what type of grant you’re interested in, you may be able to expand beyond purely land.

Warning: Never pay fees upfront for a grant! This can be a red flag for an online scheme. Protect yourself first.

There you have it! Land grants are not entirely a thing of the past – although they have impacted our country’s history.

Anytime you look at a land grant college or a railroad, you’ll know that it was likely possible because of a land grant given by the government.

Or perhaps your own family member received a land grant at one point or another.

Have a family story you’d like us to highlight?

Send us an email!

For more information on buying, selling, or investing in vacant land, check out our other resources below.

We’re here to help throughout the entire land buying and selling process!

If you are looking to buy affordable land, you can check out our Listings page.

If reading this article got you interested in land investing, you can check out our article on How to Get Started in Land Investing.

And if you are looking to sell land, visit our page on how to Sell Your Land.

Disclaimer: we are not lawyers, accountants or financial advisors and the information in this article is for informational purposes only. This article is based on our own research and experience and we do our best to keep it accurate and up-to-date, but it may contain errors. Please be sure to consult a legal or financial professional before making any investment decisions.

Erika
I am a former Affordable Housing Director for the City of New York and a trained architect turned full-time Land Investor. I used to help New Yorkers find affordable housing, now I help people around the US find affordable land!

Latest posts by Erika (see all) 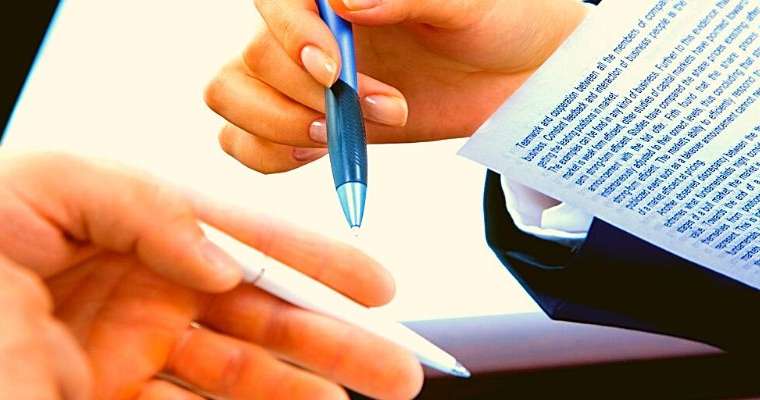 Title Exceptions: 11 Things You Must Know (2020) Before Buying Land 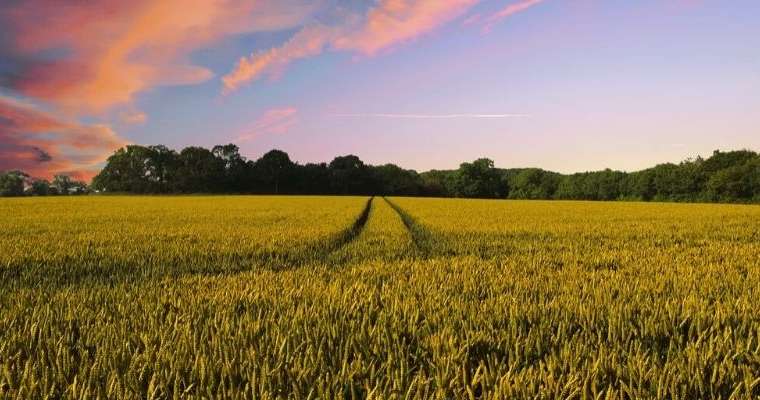